Polish Tech Death Masters Decapitated, who quit with Nuclear Blast in 2020 and recently announced a 25th anniversary tour for Europe and the UK, have checked in with the following update:

“As many of you may or may not know, in 2017, in the middle of our tour of the United States, we had the worst experience of our lives during the time we were arrested and jailed after being falsely accused of sexual assault We went through hell After all charges were dropped when evidence that would prove our innocence was revealed and we were able to return to Poland, we made a brief statement about the situation and decided not to go into detail, not been convicted and didn’t want to share much, if anything, details of what we had to go through.

We have known the truth and the truth will always win.

Unfortunately, it has come to our attention that a small group of people, who know nothing about us or have a connection to him or us, have contacted some of our beloved UK 25th anniversary sites and promoters directly. . EU / UK tour we announced earlier this week, picking up old articles from our arrest, in an attempt to harm the band and our gigs.

Over the past few weeks and months, we have heard of several industry players (be it groups, promoters or agents) under rightly fire from criticism after serious allegations of unacceptable misconduct. .

The group has no interest in rehashing the past and certainly the scars must remain closed. We value the emotional and mental health of our group members and ALL stakeholders involved in their lives. We will not go back to one of the worst, if not the worst times of our lives. It hurts us that some people force us to relive all those terrible feelings, as we have evolved and worked really hard to rebuild this group.

Our members, family, label, closest fans, friends and people in the music industry have helped us every step of the way to keep us afloat, as well as mentally and emotionally strong.

Decapitated has never used and will never build its strategy and recognition, nor will it seek media attention, talk about privacy, be scandalists, or provoke and offend others. But once and for all to set the record straight:

We strongly support victims of REAL sexual abuse, homophobia, racism and strongly condemn any such act or feeling, ALWAYS! There is NO place for this in our beloved metal community (or elsewhere). Charges related to any type of abuse or assault should always be taken seriously. Sexual harassment exists and it is horrible.

But false accusations also occur and can also very easily and quickly destroy lives, relationships and careers. Unfortunately, we experienced it firsthand and it still haunts us today. It is very unfortunate and disrespectful that some people try to take this away from true survivors of abuse.

After months of hard work with our team, we were very happy to announce our 25 year anniversary tour this week. In case any venue or promoter still wants to cancel our show, it would deeply sadden us, but we will respect that decision and move on.

We can’t wait to get back on the road after these difficult Covid times and hope to see many of you on one (or more) of our tour dates below.

Thank you once again to everyone who has supported us over the years. “ 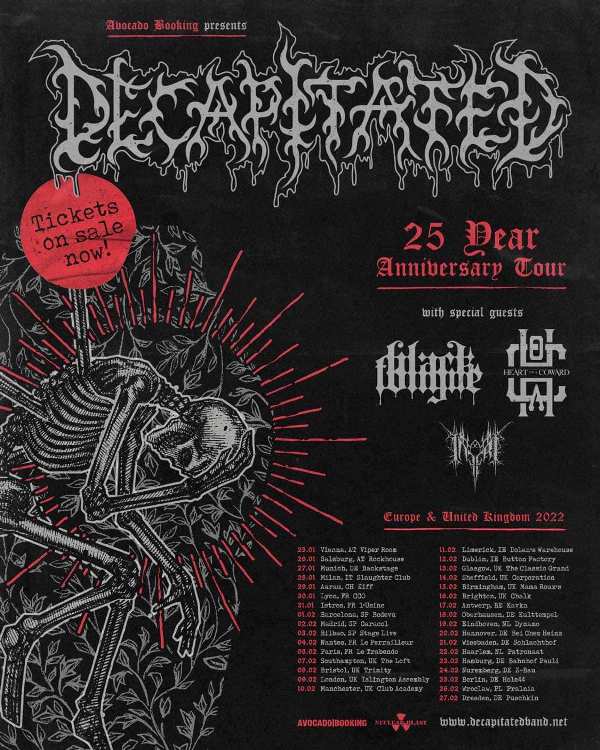 For more details on the tour and ticket information, go to this location. The tour runs from January 25 to February 27, 2022.

Previous From hiking to the arts, there is plenty to do at Peninsula, Boston Township.