ARITA, Saga Prefecture – Visitors to Arita Porcelain Park can learn more than Arita’s long history of tableware and how the area became the birthplace of Japanese porcelain.

The park, designed as a traditional German village, was created to promote porcelain cultures from around the world.

In one corner of the theme park stands a magnificent building in Baroque architectural style, giving visitors the illusion that they are in Europe 300 years ago.

Faithfully recreated is the Zwinger Palace in the German city of Dresden.

The original palace was built in the early 18th century by Auguste le Fort, a collector of oriental porcelain.

The massive replica houses a porcelain gallery and a salon available for wedding banquets and other special occasions.

In front of the palace stretches a garden, which is a “popular place on Instagram”, according to three women taking photos of each other.

It is a “sacred place” for cosplayers, especially for Gothic Lolita fashion fans.

It became instantly popular after serving as a filming location for ‘Black Butler’.

But due to the new coronavirus pandemic, the gallery inside the palace and the restaurants in the park remain closed.

With the annual Arita Ceramics Fair also canceled for two consecutive years, fewer tourists are seen wandering around the city.

“We’ve taken a heavy blow, but we can’t let it defeat us,” said Naruki Ikeda, 54, general manager of Arita Porcelain Park. “We want to increase the charms of the park and contribute to the tourism of the municipality.”

Arita is where the first porcelain was made in Japan in the early 17th century.

The city is home to the Izumiyama Porcelain Clay Quarry and many other tourist spots. The Kyushu Ceramics Museum is set to reopen on April 9.

The park is also featured in “Daughter of Lupine The Movie” released last fall. It was chosen as the location for the film because it offers scenery like nowhere else in Japan when overseas filming is limited.

“We will continue to leverage the strength of this valuable tourism resource,” Ikeda said.

Arita Porcelain Park is located about 13 minutes by bus from JR Arita Station or about three minutes by car from Hasami-Arita Interchange on the Nishi-Kyushu Expressway.

Zwinger Palace, as well as restaurants housed in another building, are currently closed. But visitors can stroll through the park, while making reservations to learn the art of producing Arita items in a studio.

Meanwhile, four Arita restaurateurs pulled out all the stops to whip up a new feast made with local ingredients.

The treat is complete with a local specialty of “godofu,” or tofu with a pudding-like texture, and a cup of coffee for 1,500 yen ($12.30) at one of four restaurants, Honjin.

The restaurant is located about an 18-minute walk from JR Arita Station. The ruins of a “honjin” inn reserved for the use of people of high status during the Edo period (1603-1867) serve as a landmark for the restaurant.

Diners are told that it will take some time for the restaurant to prepare an order of Aritayaki Gozen.

Honjin is open from 11:30 a.m. to 3 p.m. It operates in the evenings when it accepts dinner reservations.

Next 10 Movies That Are Completely Wrong About Metal 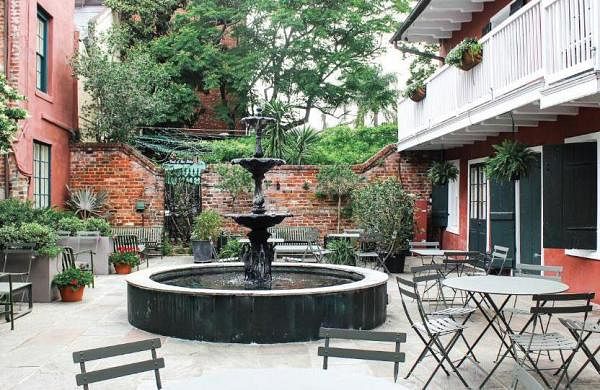